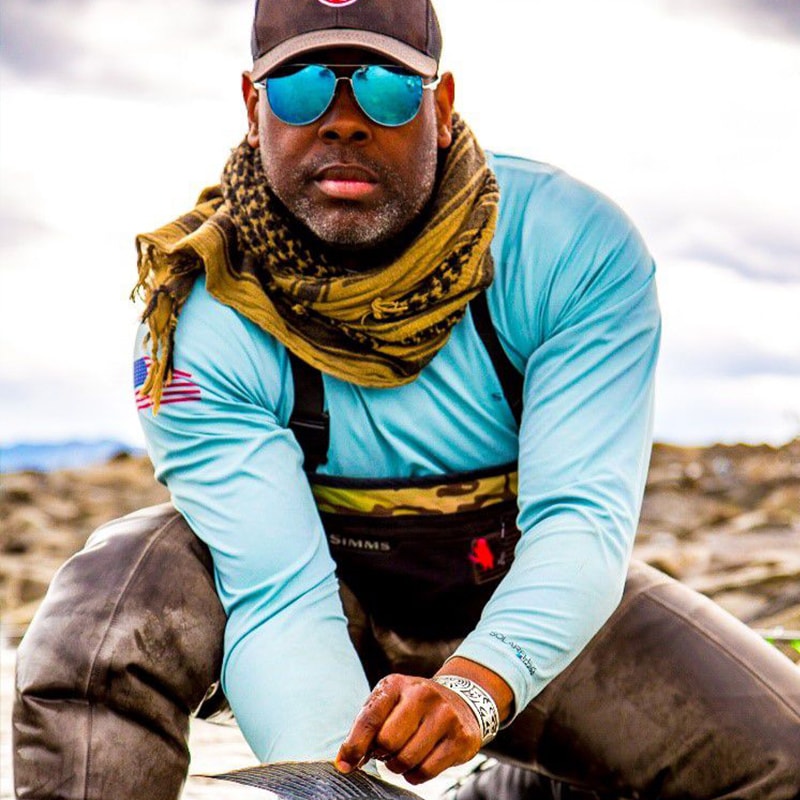 Chad Brown is an accomplished documentary style portrait and adventure photographer, creative director, conservationist, and founder / president of a non-profit organization. He has a strong vein when it comes to outdoor adventure travel and documenting threatened wild spaces, as well as connecting the public to endangered areas by capturing and showing the true spirit of the people of these lands. He also produces intense, raw images of stylized dramatic documentary portraits by creatively using a bold approach, unique angles, and dramatic lighting. He is deeply interested in capturing moments of passion and the human spirit. Through his striking documentary portraits and photographic exhibitions, he showcases and advocates for social and environmental justice.

He studied communication design and photography at American Intercontinental University. He then attended Pratt Institute in NYC, where he earned Masters of Science in Communication Design. He has managed interdisciplinary teams as a creative director, art director and photographer for design firms and agencies as well as a freelance artist. His work has crossed into underground hip hop, fashion, and pop culture, photographing the streets of NYC and successfully presenting to one of the nation’s leading hip-hop culture business moguls, Russell Simmons, founder of Phat Farms. Brown worked directly with Run Athletics, developing creative campaigns and executing photoshoots. He is also an editorial photographer for the New York Times. His photography adventure assignments have lead him touring Japan, Hong Kong, Vietnam, and Bangladesh. He is also part of the less than 1% of world population who had been to Antartica. In fact, he has received the Antartica Service Medal for surviving more than 30 days on the Antarctic continent while he was serving in the Navy.

After leaving the hustle of New York City, he is now residing in Portland, Oregon. His career paths and his life have expanded beyond the realm of the traditional creative world. Mother Nature has played a significant role in his healing from war traumas he experienced as a Navy service member. His failed suicide attempt eventually led him to the launching of a non-profit organization unlike any other, called Soul River Inc. Soul River specializes in outdoors education and cultural expeditions Brown calls deployments. It brings together at-risk youth and Veterans as mentors and takes them into threatened wild spaces, providing mission-driven experiences where advocacy and outdoor education meet. His work has lead him to Capitol Hill, advocating for our public lands and wild places, bringing youth leaders of tomorrow and giving them an opportunity to interface with Congressional members.

Brown is a Board member of the National Wildlife Refuge Association. He has been featured on BBC, CBS, as well as in national publications such as Outside Magazine and The Drake, and in various Pacific Northwest publications. Additionally, Brown was the first recipient of the Break-ing Barriers Award Presented by Orvis, as well as the Bending Toward Justice Award from Oregon Senator Jeff Merkley.

As a leader and mentor of the fly fishing world, Brian Chou brings unique facets of creativity, strategy, and ingenuity to the fly fishing industry. Combining creativity and tradition, he is always looking to further himself, while leading the way as a maverick of science and functionality. With years of experience as a product designer/industry consultant, professional fly ti-er/photographer, guide/certified casting instructor, full time family man and entrepreneur, he still carves out the time to help those who are willing to further their journey.

“You’re only so smart as what you choose to share.” – Brian Chou

Joe is the President & CEO of Solana Beach Capital LLC, a real estate advisory firm assisting clients in the development of investment strategies and the sourcing of capital both domestically and internationally. Joe is a seasoned investment professional with over 30 years of experience in real estate and project management. Joe has held senior positions with Prudential Financial and Exxon Mobil and has lived and worked internationally. In addition to Soul River, Joe serves on the Boards of The American Funds, Extra Space Storage and San Dieguito River Valley Conservancy. Joe has a MBA from Harvard Business School, a Master of Science in Civil Engineering from MIT and a Bachelor of Architecture from the Cooper Union. Joe is a Governance Fellow with the National Association of Corporate Directors.

Jacob is a civil servant and a role model in his community that others can look to for leader-ship and support. As a veteran of the US Navy, he served as a Cryptologist aboard the USS Enterprise during the OEF/OIF campaigns in the Persian Gulf. He now makes Portland, OR his home and is employed with the City of Portland’s Bureau of Environmental Services. Jacob is an avid fly fisherman who spends his time helping others learn the rivers and make that lifelong connection with our public lands. In addition to Soul River, Jacob also serves on the board of Love is King with Chad Brown and Brian Chou. When he’s not wearing waders, you can find him on a road trip in eastern Oregon with this wife Sarah and their dog Nova.